The Lebanese Taverna has been a labor of love for the Abi-Najm family since they arrived in the United States from Lebanon in the 1970s. Now approaching its 40th anniversary, the Lebanese Taverna boasts twelve different locations across the DMV.

The Pentagon City location on South Joyce is a full-service restaurant with coveted outdoor seating. Its location makes it a popular rally point for groups planning an ice skating outing in the wintertime or catching an outdoor concert during the warmer months. The Taverna is also a popular happy hour spot, with its generous drink specials, its variety of small plates and its hummus bar.

The dinner menu has many standout dishes, with Yelpers particularly highlighting the lamb kabobs, chicken curry, and mehshi. If you’re not feeling a night out, you can also place a take-out or delivery order for a small fee. 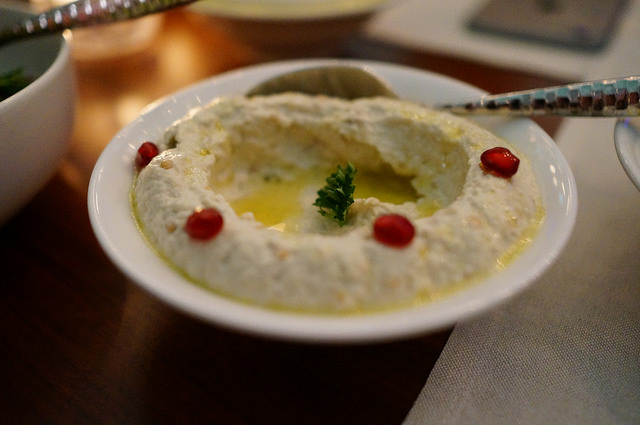 
← Ristorante Murali: A Different Kind of Italian Dining Experience   |   Grab a Burger and a Beer at Siné Irish Pub & Restaurant →
←Back to News and Events