Park the car, lock the bike—when it comes to getting where you need to go, the Pentagon City Metro station has everything you need. Providing service for two metro lines, this expansive transit station connects to both the Fashion Mall and the Pentagon Centre shopping complex.

Heading towards the Smithsonian or George Washington University? Hop on the blue line and arrive in just a few minutes. Need a lift to Howard University or Columbia Heights? The yellow line will get you there. The Pentagon City Metro station offers eight bike racks, and bikeshare is also available at this station. This station opens at 5:04 a.m. on weekdays, making your commute to work from Instrata Pentagon City a breeze. The last train, headed for Franconia-Springfield, leaves the station at 12:22 a.m. on weekdays. If you’re looking to make your commute a piece of cake, living near the Pentagon City Metro station is definitely an asset. 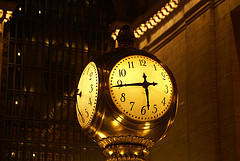